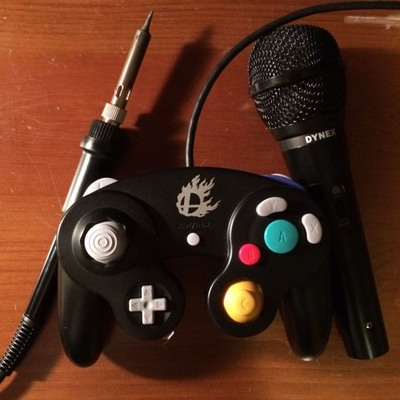 Almost makes me want to record some music intentionally designed to have pitch-shifted chorus vocals...hmmm

Interesting one in particular: Emasculine by @envgen, but shifted up from C to Eb. It sounds...wrong...but there's a weirdly neat sound to the vocals once the chorus kicks in. Not quite sure how I feel about it...

(ouch, the mp3 compression *really* hurt the high end on that one....that's unfortunate)

@compucat im not actually sure whether the song is in Cm or Eb, the chorus is in Cm but the song opens very firmly on a C major chord (the challenge when i wrote it was to try and write an interesting song by starting with the most boring chord in the world), then goes to Ebmaj9 which is very much not in C. it feels like it's in Cm but borrowing a C major chord in the verse? though equally the verse could be modulating from C to Eb (and Db too at one point cos, fuck it, ,,, )

@envgen yeahhh I was thinking through that myself last night! i kinda felt it as something smoothly modulating back and forth between C minor and major. though I definitely see how Cm (with C major in the verse) makes a lot of sense...idk, it's a cool progression :)

also that's a wonderfully fun challenge to write an interesting song from an immensely boring chord - I think you definitely succeeded!

@compucat
Could you make it from N to B? I'm sure @envgen would love that